By Eleanor Belfrage on January 8, 2014 in Event Entertainment

This week, I met up again with one of my favourite circus performers after about 10 years.  Steve Grindle Aka Dingle Fingle.

We first met when he was dressed as a Pierrot clown juggling fine china in the front window of Thomas Goode’s in Mayfair and we since have shared the spotlight with human gorillas, 8 foot penguins and terrifying oversized robots.

Dingle has 30 years’ experience as a multi-skilled clown and a character actor with multiple faces who works in traditional environments like Zippo’s Big Top, as Ring Master and as compere working with hundreds of people.

He also pops up in unexpected places like on top of the O2 and at the London Eye to wow passers-by.  He is part of a network of many innovative and unusual entertainers and circus performers for whom he choreographs solo and group performances at both private and corporate events.  He fits into themed celebrations and gives energy and interest to hospitality events.

We share favourite acts from over the years especially multi-skilled performers who can take on several different disguises during one event by using a mix of circus, dance or performance skills.  The success of an event is often clinched by using entertainers who have proved to be a hit in a different environment and occasion.  Innovative and unexpected mix and mingle or staged entertainment in a fairly simple context can have just as impactful an effect as the biggest extravaganza.

Innovation is a winning formula with dance, circus, body art, gymnastics etc mixed, but physical skills that seem impossible to the spectator/guest are often the most mesmerising and popular.

The Olympics have had a significant impact on the level of physicality that is chosen as entertainment at for events enhanced by the massive scale of showmanship and the use of theatre skills, live television, projection and the astounding magic of The Opening and Closing Ceremony of the Olympics has raised the bar on content and scale in live entertainment. 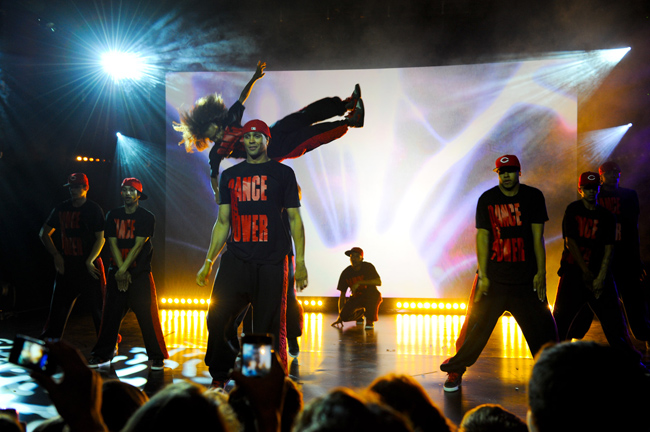 It is no wonder that currently ITV’s Saturday Night show “Splash” which is based on Olympic diving training for celebrities by Tom Daley has Perry the gymnastic and fearless street dancer from Diversity the favourite to win. Already popular at private and corporate events he is up for anything.  Win win.

Eleanor Belfrage, spent her early career at the BBC working in production on light entertainment, drama and soaps. She then worked on fundraising galas and private themed parties with Bentley's Entertainments. Eleanor was in charge of ITV's event portfolio for 12 years at a complex and busy time in the company’s history. She event managed the commemorative 50th anniversary banquet at the Guildhall hosted by Her Majesty the Queen and events around the expansion of a single channel into the multi-channel broadcaster. Summer and Christmas events were focal points in the calendar. 20-2,000 guests were entertained creating a high level of guest care and a great book of contacts in entertainment and services. She now runs Eleanor Belfrage Events as a sole proprietor allowing a hands on and uniquely personal service to people wanting to produce a special private function or corporate event. Her talented colleagues across the event world with whom she has worked for nearly 20 years provide complimentary skills to the mix.
View all posts by Eleanor Belfrage →

Subscribe to our RSS Fed to keep up to date with all our latest posts.

Weddings in the Romantic Capital
Weddings and Water

Latest from the Belfrage Buzz

Last year and this have given us so many wonderful days of sunshine it is not surprising that we've chosen to celebrate on and around water.

The country has just enjoyed HM the Queen's milestone birthday. Here are some of the ways we can help you enjoy special occasions with family and friends. 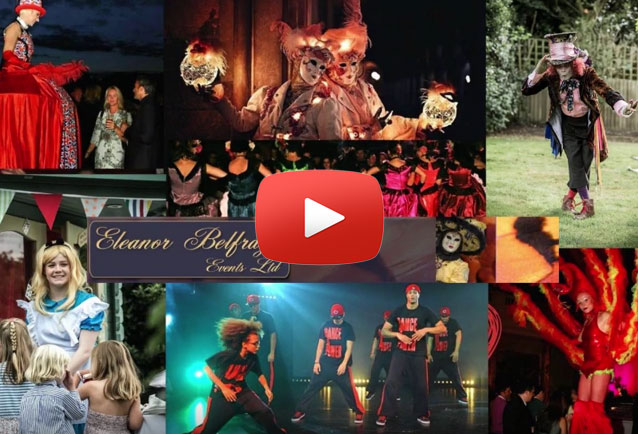 Latest from the Belfrage Buzz

Last year and this have given us so many wonderful days of sunshine it is not surprising that we've chosen to celebrate on and around water.

What Our Clients Say

Well what can I say! It was an absolutely brilliant party, exceeded all my expectations. Practically everyone said it was the best 50th they'd ever been to. It all went incredibly smoothly thanks to your effort, the team and the hotel staff. So huge thanks to everyone. Loved the games, although battered and bruised this morning. There was much speculation about the hot blond sat next to me at dinner, which was hilarious. And over breakfast many theories about the mind reader and his satanic powers. Once again many thanks.

The feedback for our 50th celebration has been extraordinary. The location, room design, music and dancers all made a huge impact.

You certainly know how to throw a party. It was the most fabulous evening. A total pleasure and we all loved learning the Charleston.

Thank you so much for arranging such a marvellous party for us. We have had such wonderful thanks from all our friends - saying how superb it all looked, how delicious the food was, how brilliant the flowers, tents, games to name but a few things. We heartily agree and thank you for co-ordinating with Jess over the visual design. Enormous thanks. Thank you again and again."

From the early stages of planning all the way through to making sure everything flowed smoothly on our wedding day, Eleanor was the perfect Planner. She effortlessly combined the expertise of knowing ahead of time what works and what doesn't, with the imaginative flair to create a wonderful new environment on the day. In the build up, her meticulous organisation was executed with minimal fuss and despite having taken a huge load from our shoulders we hardly noticed it being lifted. Similarly, on the day her quiet presence and master touch ensured all the details were just so. Truly amazing!"

Eleanor was just brilliant on our wedding day, she made sure everything ran smoothly without us having to worry and also took care of lots of small details. Eleanor was lovely and we felt really reassured having her at the wedding to oversee things while we enjoyed the day"

Thank you so much for all your help organising our reunion dinner. It was a lovely evening and what a great venue. None of this would have been possible without you.

From the initial drafting to the big night, Eleanor was super- helpful, full of ideas and mega-efficient! Eleanor effortlessly overcame the particular challenges associated with a joint 21st and 60th - so respect for that! It was great to work and plan with someone so knowledgeable and creative and with so many great contacts. Thanks Eleanor to you and your team for creating such a fantastic party”

Eleanor has just helped me organise a superb and unique 50th birthday party for my wife at Alfresco in Brighton that our friends and family will remember for years to come. Eleanor has a network of entertainers and suppliers that were all without exception first class and who really came through for us on the night to make it such a special occasion. Eleanor personally went around the 85 guests to make sure that everyone had what they needed and were enjoying themselves. She took particular care of my mum and her friends who are in their late 80s. While planning the party Eleanor listened carefully to what we were looking for and communication was excellent throughout. She was always contactable when we needed her. In summary for those people wanting a bespoke and special party I highly recommend Eleanor Belfrage."

This website uses cookies to improve your experience while you navigate through the website. Out of these, the cookies that are categorized as necessary are stored on your browser as they are essential for the working of basic functionalities of the website. We also use third-party cookies that help us analyze and understand how you use this website. These cookies will be stored in your browser only with your consent. You also have the option to opt-out of these cookies. But opting out of some of these cookies may affect your browsing experience.
Necessary Always Enabled

Any cookies that may not be particularly necessary for the website to function and is used specifically to collect user personal data via analytics, ads, other embedded contents are termed as non-necessary cookies. It is mandatory to procure user consent prior to running these cookies on your website.